Taking a chance. Making a difference

Eagle-eyed readers will notice I’ve been away from this blog a while. Not for any other reason than having been immersed in various projects and not had time to write about them. Since that last post, it’s remarkable how little has changed in terms of the inequalities highlighted. There have been some startling – some would say potentially catastrophic – developments: The 2016 UK Referendum vote for Brexit; the election of Donald Trump as United States President; the rise of nationalism across Europe and the USA. Democracy, having lashed itself to the neo-liberal capitalist model for three decades, seems to be under threat. 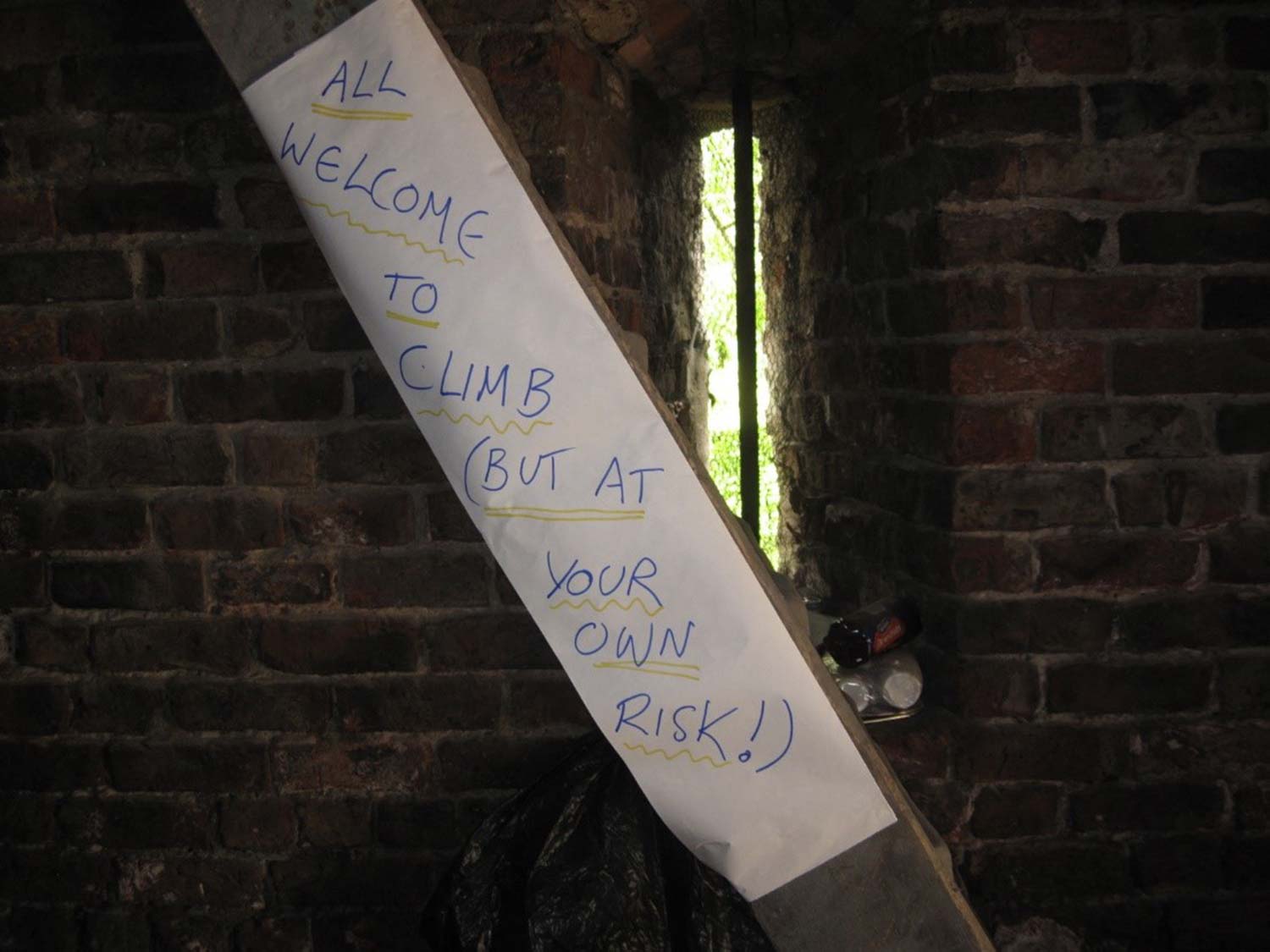 2018 is a timely reminder of how following a dark path can lead to fractured society: It is both the 50th anniversary of the assassination of Martin Luther King and Enoch Powell’s “Rivers of Blood” speech. It is, though, the 50th anniversary of the UK Race Relations Act, which took a major step towards better equality. However the recent Windrush generation debacle shows how far we have to go before we can claim to be a truly inclusive country.

Pushing back the tide

Facing up to these challenges can seem overwhelming, but what has been striking is the rise of grass-roots movements to push back and reclaim some sensible middle ground: The pro-EU movement for instance, has been pivotal in building support for a referendum on the terms of any Brexit deal, with an option of remaining in the EU. The widespread protests across the USA against gun violence and right-wing politics have captured international attention and inspired other movements worldwide. What is clearer than ever to me  is the need  to face down negativity and combat it with hope – it may take courage and determination, but as these cases show, the rewards are more than worth the risks.

One such project close to my heart is the Red Tower, now a fully fledged community space in the heart of the City of York. After a lot of hard work and support from many people and organisations, this wonderful space is now realising its ambition as a community café, meeting and growing space. We are thrilled with the design and fit out of this important listed building and Scheduled Monument – a classic example of “less is more” – which had stood empty for many years. It was awarded a coveted York Design Award earlier in 2018, and now hosts a range of activities including a Hunger Café throughout the school summer holidays. The building is run by volunteer-led social enterprise Red Tower York, a Community Interest Company. 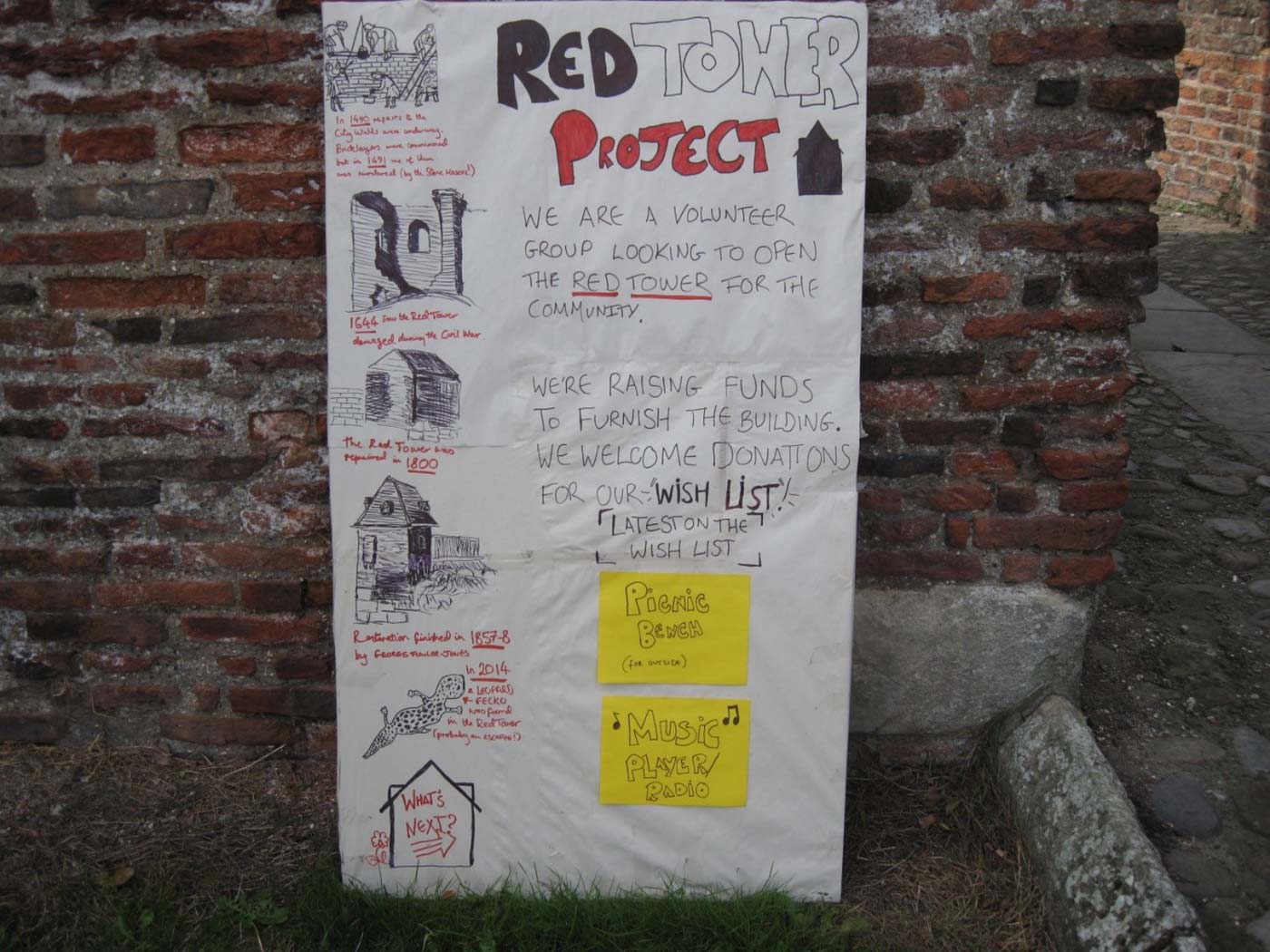 The Tower has established itself as a safe and welcoming space for anyone to come and just “be”: Since opening up as an impromptu café and events space in 2015, we have welcomed some thousands of visitors, from local residents to tourists from across the globe. It is here we have time, space and commitment to offer hope, kindness and inclusivity in the face of fear, despair and division.

As small, local projects like the Red Tower can show, we don’t need big gestures to drive change: We can start local and work up from there, becoming part of a wider network of grassroots projects making a real change to people’s lives. However our access to places and spaces to do this is under threat: A recent report “The Great British Sell-off” by community membership organisation Locality draws attention to the  loss of on average 4,131 publicly owned buildings and spaces per year through sale to the private sector. They estimate there are 7,280 further public assets identified as surplus over the next five years, representing a lot of small but important potential opportunities for local people. We all need to rise to the challenge of sizing these opportunities before these places are lost to the public for ever. We need to ensure that the Red Tower and others like it are simply the tip of an opportunity iceberg, keeping up the momentum to turn these assets into places of hope and opportunity for us all.