Five months to Brexit: How will our communities survive? 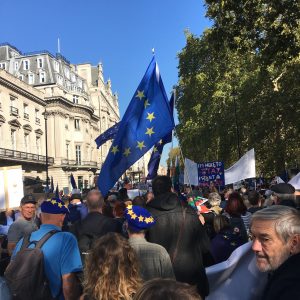 Two weeks ago I piled into one of three coaches from York to the Peoples Vote March in London. For anyone living in a cave for the past few weeks, we were there to pressure politicians to support a vote on any agreement struck on Brexit, with an option to remain in the European Union. We were astonished by the sheer scale of the support amongst the public for a proper debate about our relationship with the EU. Turnout was estimated at over 700,000, including families with small children, people from all corners of the British Isles, and of all ages. A feeble counter demonstration, requiring the only police presence I saw all day, was met with good natured smiles and flag waves by the passing throng. It was a day when faith in my fellow citizens was restored, shining a light on the best aspects of our national character which make me proud to be British: Good humoured, inclusive, thoughtful and peaceful. 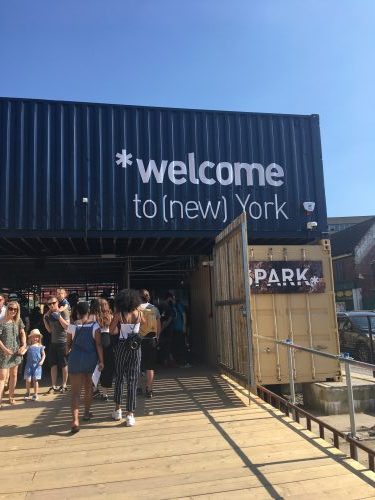 Only time will tell if we achieved our aims. But after a divisive and often depressing two years since we voted narrowly to leave the EU, this was a much-needed tonic. However, with only five months until we are due to leave the EU, can we assume that such positivity can thrive in the post-Brexit era? How can our communities survive what may be a tumultuous few years as we redefine our society, economy and environment? Can our national resilience and sense of inclusivity triumph over the divisions and inequalities that catalysed the Brexit vote in the first place?

There are promising signs that we can come through Brexit, if indeed it happens at all.  Austerity has shown our communities to be resourceful in finding ways to plug the gap left by a receding state, and it’s not all food banks. We have seen a proliferation of repair cafes; community gardening; a resurgence of independent shops and businesses on our high streets; pay-as-you-feel cafes and pop-up parklets. The list goes on, but one thing is shared by all, and that is a willingness of local people and businesses to stick their neck out and try something new to help those around them when things get tough. 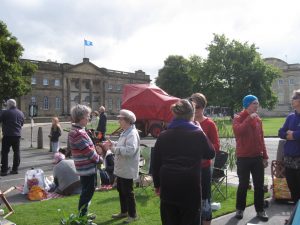 In doing this, we need to maximise opportunities for owning and managing local assets and new ways of structuring our interactions. New approaches are needed, and new champions must be found within our local neighbourhoods. There is a vast array of examples to learn from. For instance, Sharing Cities recently published a compendium of case studies worldwide “Activating the Urban Commons” which can inspire and inform us. We can always pick up on the bad news of the day, but to do so is to overlook the good news stories on our doorsteps.

A call to action – myself included

We need to keep up the positive momentum, now more than ever, and we have five months to do it. We should be encouraged that our communities are more resilient and united than they are weak and divided. We need to become politically active as well as community-spirited – by marching, writing to our MPs, joining a political party. These are all things I’ve done in recent months, in the interest of improving the lot of ours and future generations. For my part, regardless of what happens over the next five months, I want to be able to say I did what I could in the interests of a happier, kinder world. Wouldn’t it be great if we could all say the same?

One Reply to “Five months to Brexit: How will our communities survive?”